Do ex-bf/gf deserve another chance to be in your life…friend or otherwise??

Someone close to me is coming across that now.  An ex that contacted her to say ‘hi’.  The cynic in me thinks that maybe it’s a Bootycall? but, who wouldn’t like to romanticize that their ex made a huge mistake by not loving them the right way and have now come to the realization that they’ve made the biggest mistake in their life that they now have to regret for the rest of their lives. mwahahaha

All the extreme Sex-in-the-cityesque philosophies tell you to never look back.  Keep moving forward.  I’ve been there.  A dirtbag of an ex cheated on me and then wanted me back.  Hell to the No.  And in true chick-lit story book settings, a few years later we meet up again.  Thank goodness I’m looking fabulous.  We’re on a quiet side street in the summer and I’m walking up the street after I got off the street car to head to my friend’s place because we’re doing some pre-drinking before heading out to get our grooves on.  He passes by on his bike, does a double-take, and turns around. “Eleisa?”, he asks as he pulls up beside me.  By now, I couldn’t give two cents what happened then.  I’ve moved on in every single way.  I ask him how he’s doing, and in true dirtbag fashion he tells me how his fiancé, the one he cheated on me with, cheated on him.  I was not very discreet with me inner glee.  Instead of a demure smirk in my eyes, I laughed out loud.  Knee slap and all.

He asked what was so funny.

Are you serious?!  Do you not remember what happened to us years ago, with the exact same person?

Well, this is different.  We were going to get met married.  We were just kids then.

Laughing all done.  and in true bitch fashion I spit “It still hurts all the same doesn’t it?”.  And with that, I turn on my heel and swagger my way out of there.

Now, with The Husband, it wasn’t like that. Although there was some douchbaggery on his part when he broke up with me ON THE PHONE!  I will only excuse him and say he was young and not much of a man, but more a boy in those early days.  I remember I was in my car at a red light.  Then I’m scared out of my wits when I suddenly get some banging on my window.  Smiling and waving hello.  After the initial shock of banging I recognize the smiling bafoon.  It’s him.  The douchbag himself!  Well, I don’t smile or wait one second.  I just drive away.  It’s the first time since I’d seen him since the big argument that ended with us breaking up.  Never look back.

But, then one summer’s day at the beach we bump into each other again.  I’m there with a bunch of friends for a day of bbq, drinks, tanning, and fun.  He’s also there with his peeps.  He says ‘hi’.  I get that feeling in the pit of my stomach.  I blush.  I say ‘hi’.  He wants to take me away for my birthday.  I’m dating 2 other guys.  I know if I say yes it will be serious.  We have too much history for it not to be.  I will have to ditch the other two right away if I go.

I say yes.  The rest is history.

Basically, if it’s the right person, the right circumstance, then maybe it’s the right decision.  No matter what choice you choose.  Just don’t settle.  I’d rather be alone than settle for someone who doesn’t give me that heart-swelling feeling.  Someone who treats me the way I want to be treated, who I talk things through about everything, who gives me freedom to grow, who doesn’t take me for granted and still gets a bit jealous 20-years later, who is a best friend and lover.  There will always be ups and downs.  A relationship isn’t always happy days.  There are times that you don’t agree or say the wrong thing.  You have to decide if this ex is worth your time, effort, attention, heart, and chance to give it another chance.  9 out of 10 times, it isn’t.

Just don’t give someone a second chance because you don’t want to be alone. 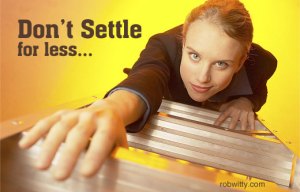